Today marked the start of the spring marathon season with West Bromwich Harriers Michelle Cresswell and Josie Howell completing the iconic distance in Manchester. The Manchester Marathon now in its 42nd year winds its way around the city with a grand finish in front of Emirates Old Trafford, home of Lancashire County Cricket Club and Trafford Town Hall.

First over the line in the colours of WBH was Josie Howell (Left) followed by Michelle Cresswell (right) who despite having calf trouble at mile 16 showed true grit and determination to finish. 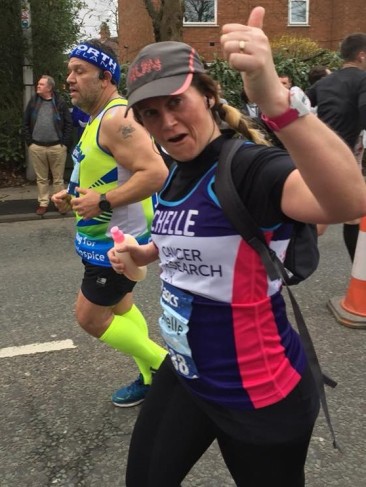 Well done to both runners who have earned a restful few weeks.  The race was won by Kenyan Shadrack Tanui in 2:21. City of Norwich’s Danni Nimmock was the first lady in a time of 2:38 . The full race results can be found here

Next week we will see some maroon vests out at the rescheduled Stafford Half Marathon followed by the London Marathon in two weeks time.